Painting is one of the most creative forms of art you’ll ever come across! A painter is no less than a writer. He who paints narrates a story through colors on a canvas. But sometimes, these painters can be deceptive as well! They make things on paper which are hard to notice. These are few of such paintings! 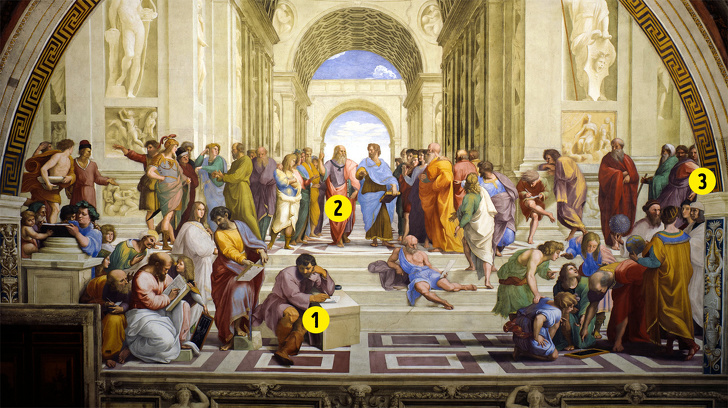 School of Athens anyone? this is definitely one of the most popular paintings ever made. This famous fresco has so many surprises hidden within it that you would be left wide mouthed. Are you ready for all the surprises?

Now turns out the painter embodied the images of great thinkers and scientists and also decided to perpetuate some of his famous friends in it. For example, he copied the appearance of Heraclitus, an ancient Greek philosopher, from Michelangelo Buonarroti (1), the philosopher Plato resembles Leonardo da Vinci (2), while the facial features of Raphael himself can be seen in the image of Apelles — an ancient Greek painter.

Woman at a Window 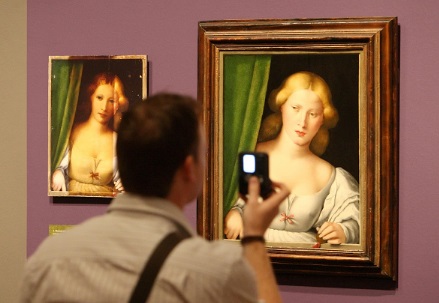 Woman at a Window is again a very popular painting. This painting which is stored in the National Gallery of London, has a very interesting story about it. In 1978 the painting was sent for restoration where it was revealed that there lay another layer of painting of the same subject, but with different features, clothes and expressions. The reason? No one really knows!

Landscape with the Fall of Icarus 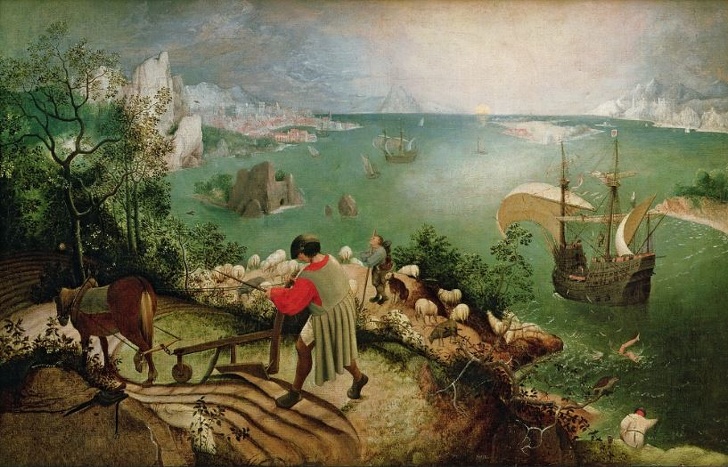 This painting by Pieter Bruegel the Elder is touted to be arguably the most secretive work of art ever. Needless to say, it’s secretive nature makes it very vulnerable to controversies as well.

It proclaims that a person’s death can’t stop the flow of life, even the death of such a bold and brave character like Icarus. That’s why in the foreground of the picture we see a working plowman, while Icarus himself is hidden in the bottom right corner of the painting. Nobody noticed his fall, life is harsh but it is going on. Now how many of us remotely thought about this? 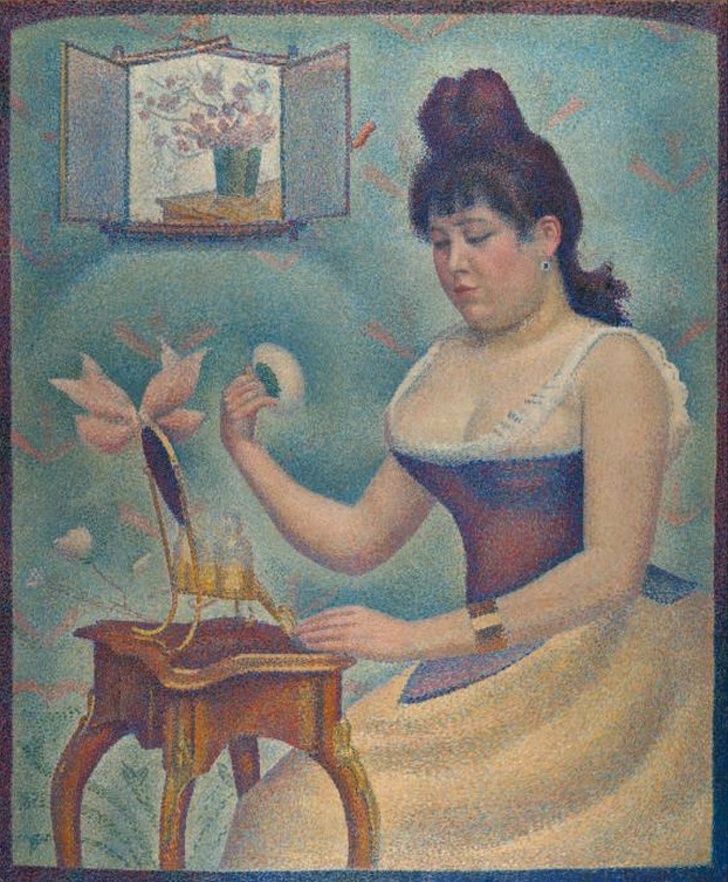 This one is by Georges Seurat. What if we told you that this painting is inspired by Seurat’s real life? Well, as it turns out that the woman in the picture is the sweetheart of the painter whose name was Madeleine Knobloch. And mind you, this art style is not even close to the style of Seurat. Perhaps love drove him to make this?

There is yet another story behind this. Initially, the painter drew his self-portrait in the window where he was looking at the girl with love, but per the advice of one of his friends he replaced his portrait with flowers in a vase. This just makes me sad!

Girl with the Pearl Earrings! 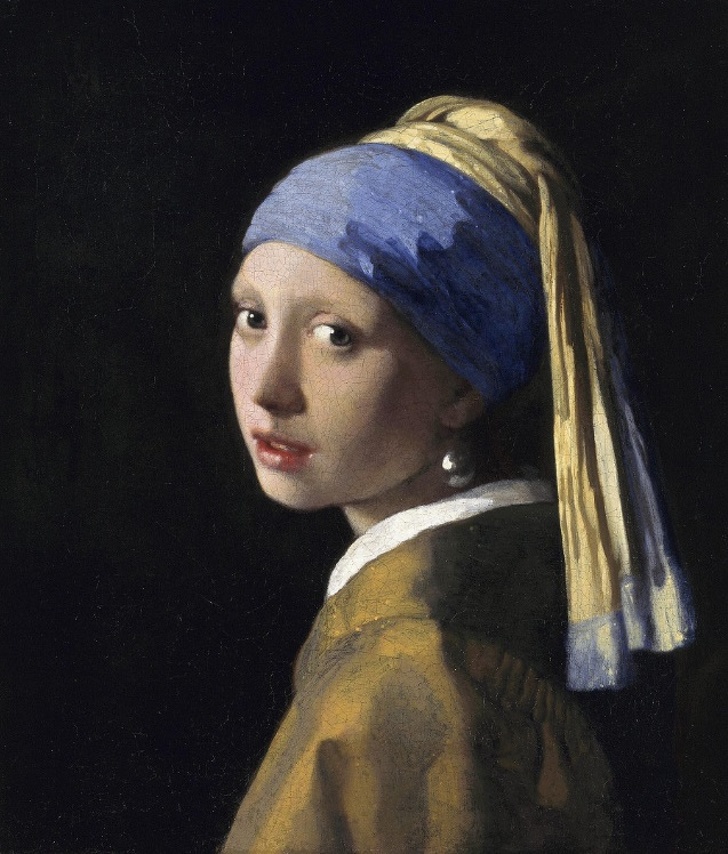 Johannes Vermeer depicted pearl that was way too big to seem natural. The picture titled Girl With The Pearl Earrings, apparently was a sham since the “pearl” in the picture could be anything from Venetian glass to tin!

Wanna know something more interesting? No one can find a fixation for the earring in the painting — there is no loop connecting the ear and the earring. Mystery, ain’t it?

Figure at a Window 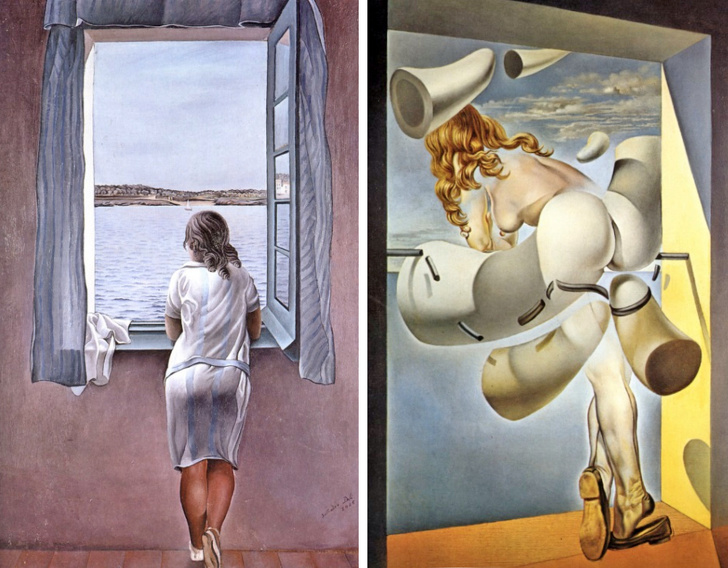 Figure at a Window has a successive controversial painting. Before meeting Gala — the muse and love of his life, Salvador Dali asked his sister, Anna Maria, to pose for his paintings. Figure at a Window, the painting, shows her standing at the window gazing out at the world. Now here’s the catch. But soon after their relationship turned sour and Anna published a book shaming Dali. In revenge, Dali made a painting in 1954, called Young Virgin Auto-Sodomized by the Horns of Her Own Chastity that resembled Figure at a Window.

Where Do We Come From? What Are We? Where Are We Going?

If this is the title, you know the painting isn’t a simple one. Now turns out Paul Gauguin weaved in a sense of of great mystery. About 5 feet in height and 12 feet in length, the artwork should be “read” from left to right like the Kabbalistic texts that Gauguin believed in. Do you see some references to famous philosophies here? Too subtle? Not really!