We come across many photos over the Internet and keep gazing at them for hours sometimes. Such moments are very precious as they give us the time out of our busy schedules to just stop and think about something.

Here is a collection of some meaningful photos that will bring many thoughts to your mind.

The home where this little squirrel used to stay has been chopped down by the people making the little one wonder what really happened. 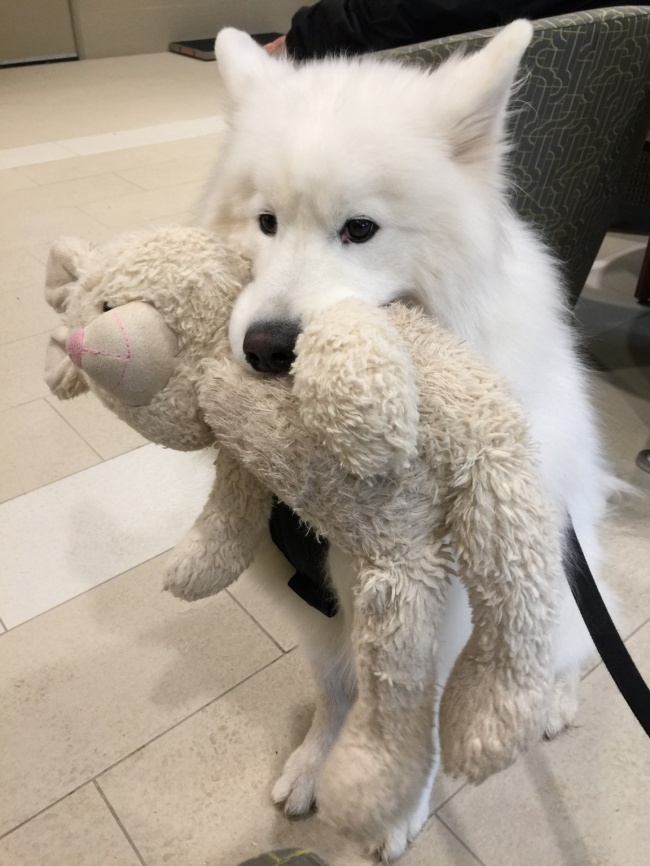 The brave dog would not leave his favorite toy back home while he is going to donate blood to the sick puppy. 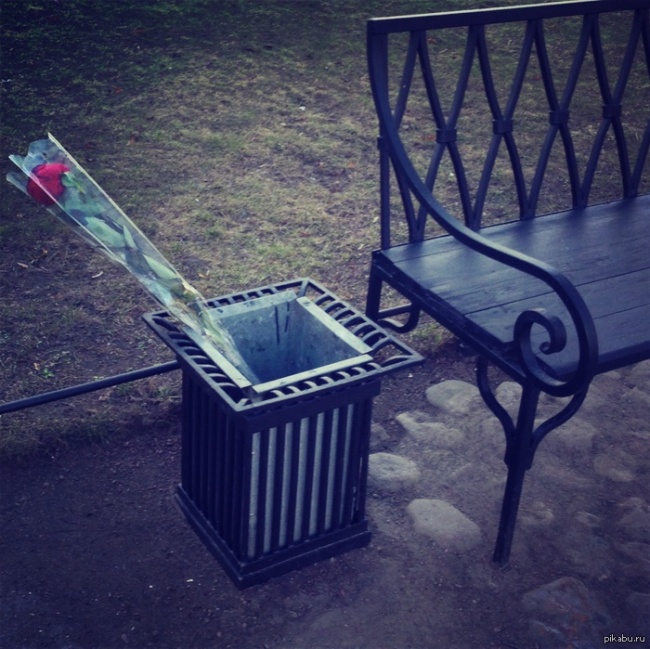 I spent the whole day waiting for her but she didn’t show up. 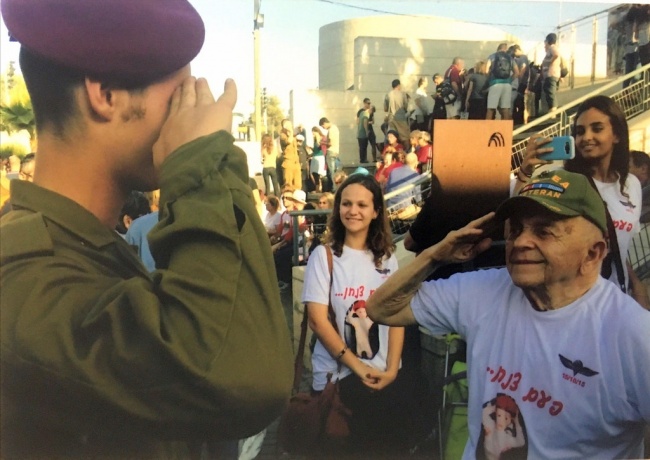 This grandfather is really proud of his grandson who is going to serve in the Israeli army after his training. 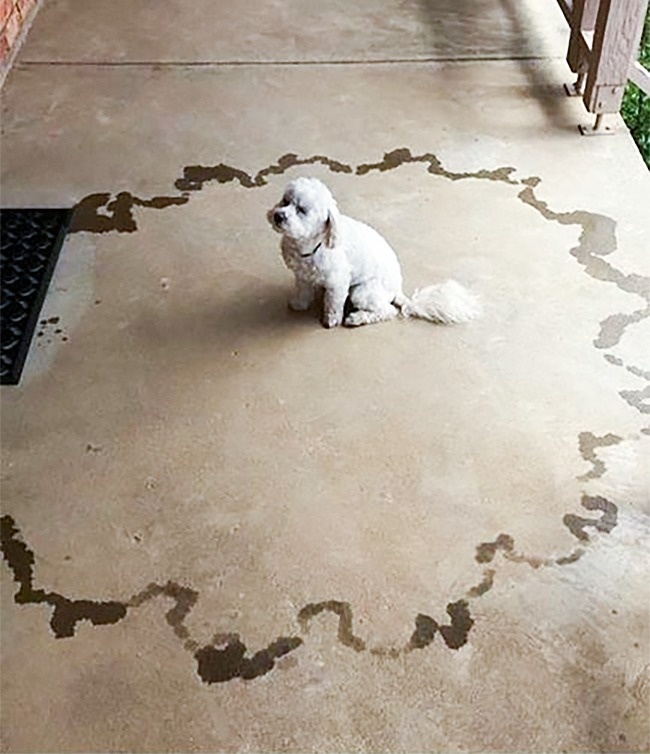 This dog got really excited on seeing his owner coming home after a long time for holidays. 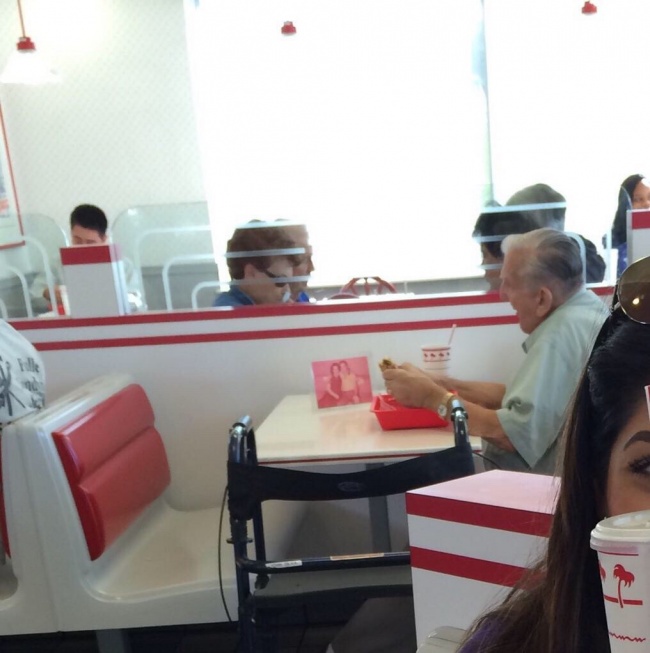 This is the same restaurant where the old man used to visit with his wife. Now, he is alone but carrying his wife’s photo. 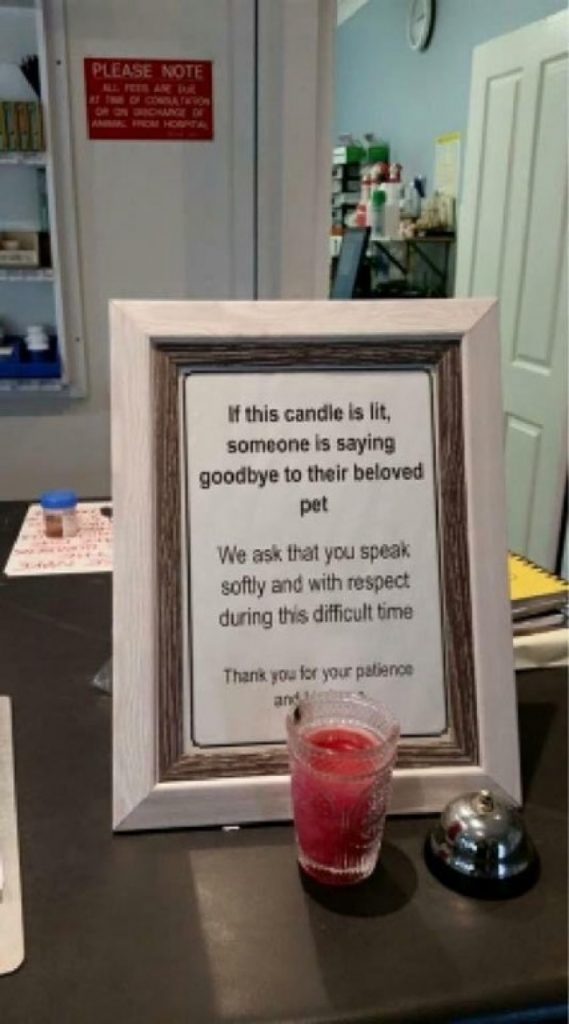 That’s a very nice message which every Vet should display at his office. 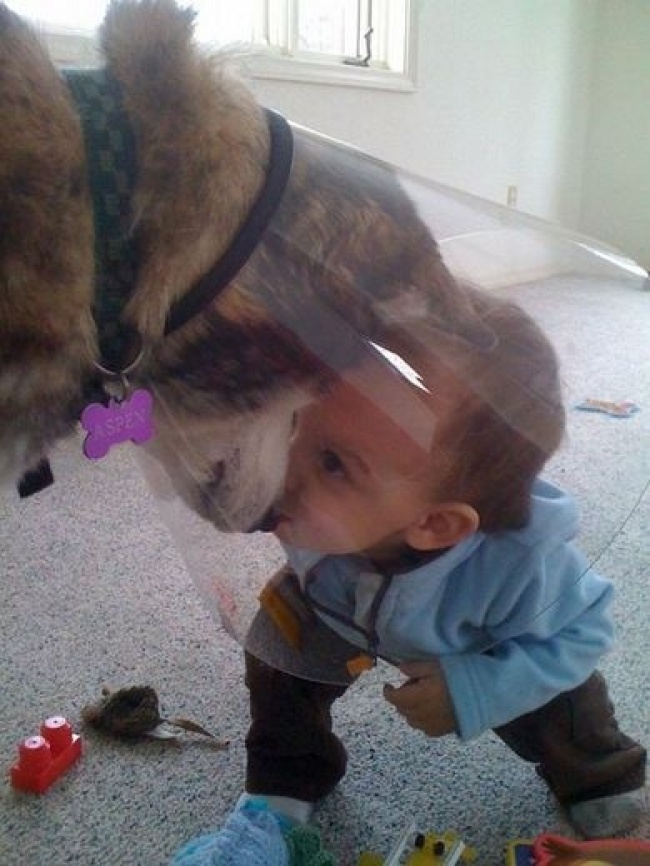 The dog struggled hard to come out of the cone but there is someone who is there to cheer him up. 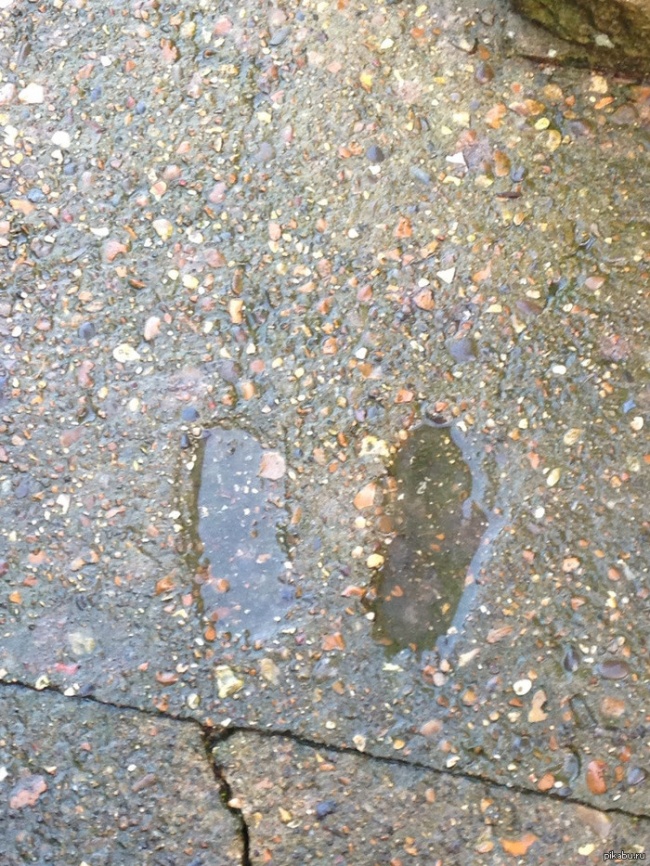 My parents secured my footprints in our home from the time when I was 3-years old. 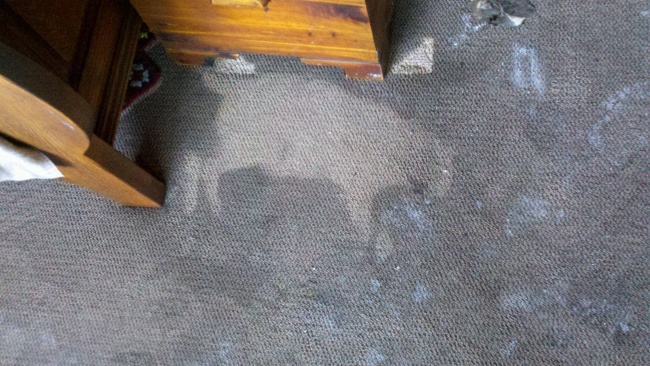 This is the saddest moment which my firefighter friend had ever had to witness while he was on his job. 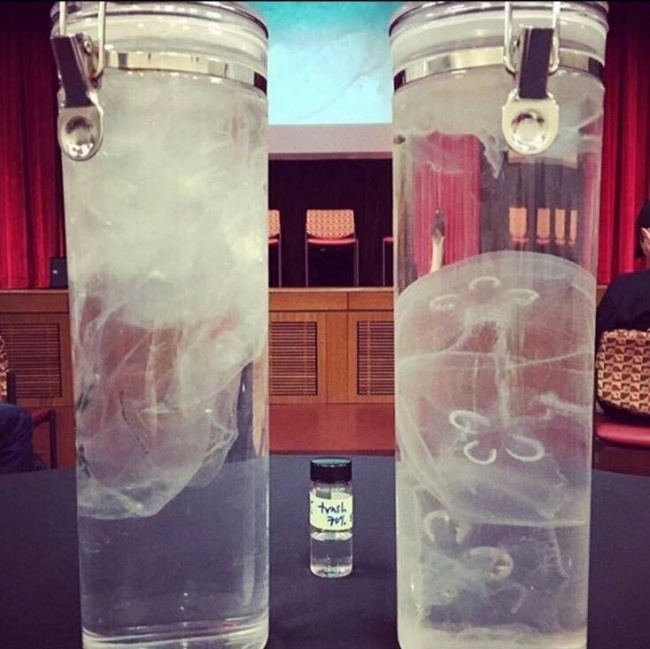 Both the jars are identical but one contains plastic and other is having jellyfish. Can you identify which jar contains the fish?

That’s not someone intruding into the territory but the work of French-Mexican artist on US/Mexico border. 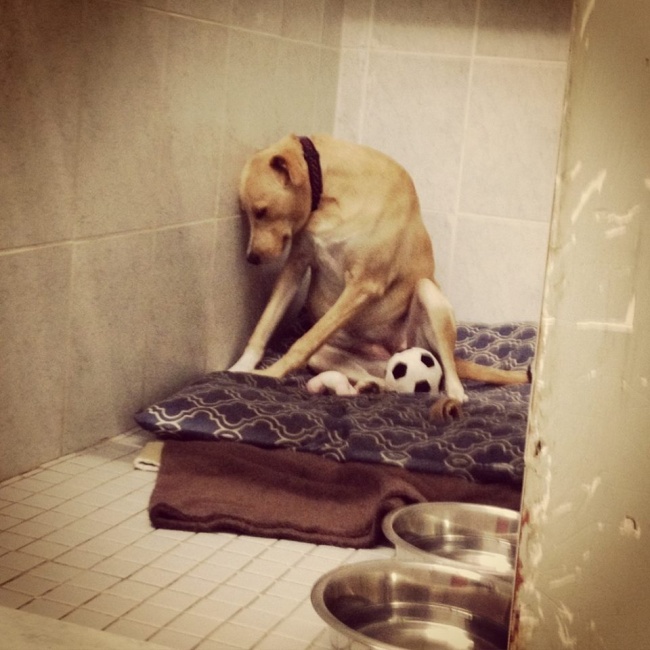 Even animals need love and get hurt when they get betrayed by this cruel world like this dog who is afraid of going out now. 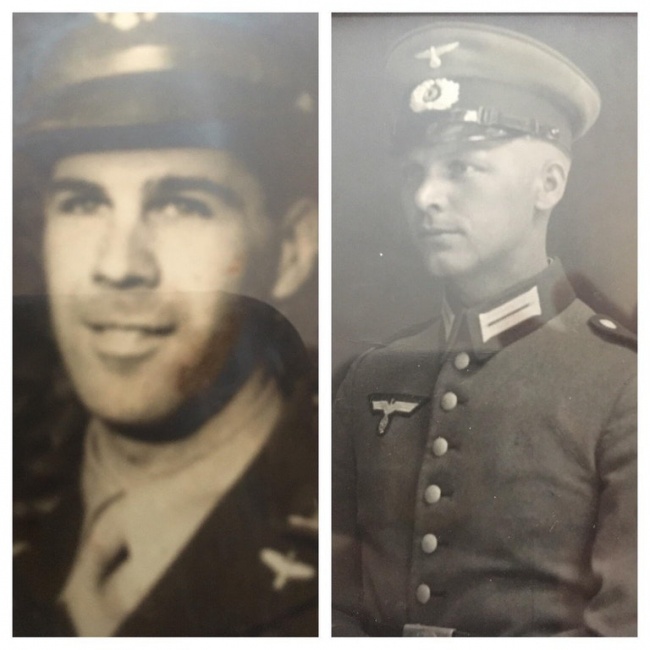 These two people are related and fought for their countries but against each other. 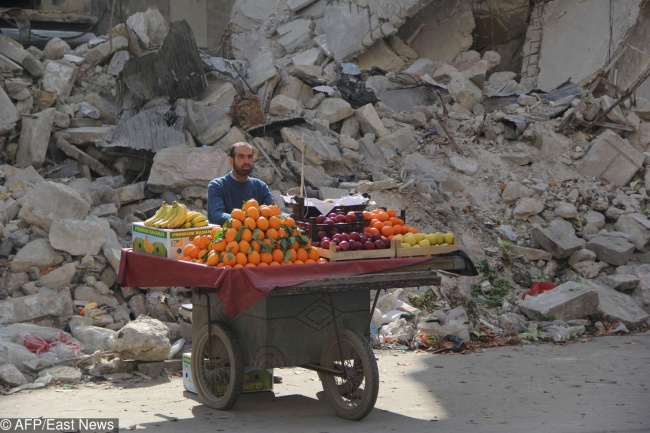 No matter how many difficulties come your way you cannot stop living your life. 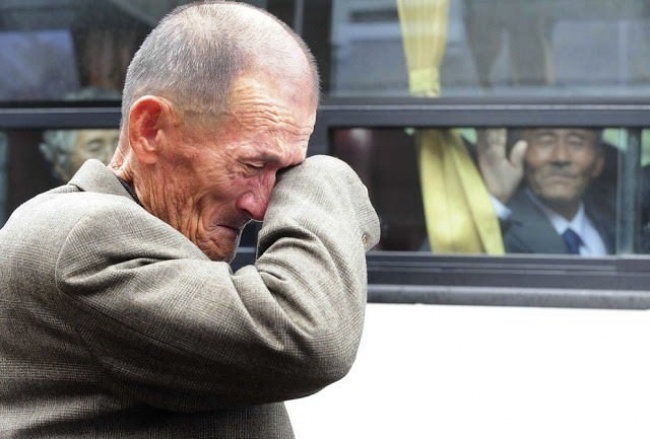 These brothers from North and South Korea are waving at each other after temporary family unions.

We hope you liked these photos which might have made you smile or put you into sad thoughts. Tell us your thoughts in the comments.