Life is hard. To survive, many of us take jobs that we hate because we have no other choice. A Gallup study shows that 85% of people hate their jobs and while there are approximately 100 million full-time employees, 51% of them aren’t engaged at work. This is because they feel no real connection to their jobs and tend to do the bare minimum. Another 16% resent their jobs and are actively disengaged. While sitting behind a desk and staring at a computer screen might seem hard, count yourself lucky for not being born during the Victorian era. Back then, life was really hard and people had to come up with creative ways to make a steady income. Frome grave diggers to rat chasers, here are 8 of the worst jobs in history that just may make you appreciate yours. 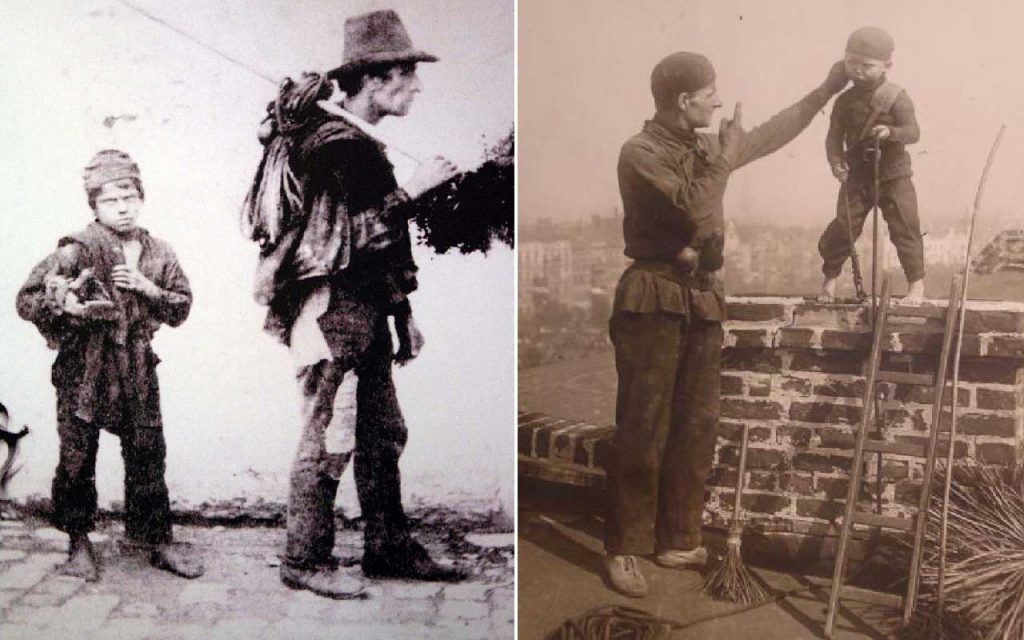 This was one of the worst jobs imaginable. During the Victorian era, men, women and children did anything and everything they could to make a living. Although the Victorian era is regarded as the most dynamic era, child labor was the most critical issue prevalent at that time. Children, as young as 6, were forced to work in dangerous mines, factories and chimneys.

Today, chimneys are cleaned using special tools that requires minimal human effort. Back in the days, however, it was done by a professional chimney cleaner and his apprentice (a child). The child would climb the chimney while holding a brush over his head (which can be seen above) and the soot would fall down over the child as he was lowered back to the bottom of the fireplace. The process was repeated a few times until the master deemed the chimney to be clean. After this, the child was lowered to the bottom one more time to collect the soot.

This isn’t even the saddest part. The children, who were as young as 6, were purchased from poor families by master sweepers solely for this purpose. Once purchased, these master sweepers owned them and often treated them like slaves. 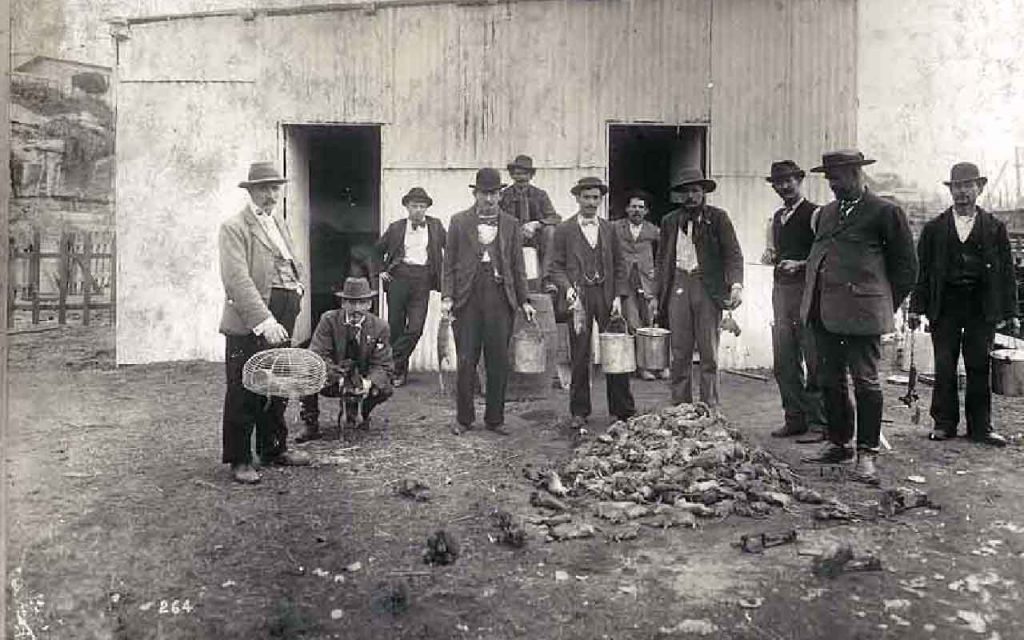 Catching rats was big business during the Victorian era. Since there was no system to remove waste from urban areas, the rodents thrived on it and multiplied by thousands. The vermin not only harbored diseases, but their bites could cause terrible infections. As the rat population increased, many saw an opportunity to make money. Rat catchers used cats, small dogs and even ferrets to sniff out the rodents from the streets and houses of Victorian Britain. In fact, Queen Victoria had her own Royal Rat Catcher in Buckingham Palace by the name of Jack Black.

Black’s success was mainly because of his secret weapon, a cage that could store up to 1,000 live rats at a time. Black was able to store as many as 1,000 rats for days as long as he fed them all. If he forgot, the rats would eventually fight between themselves to survive. Famous rat catchers like Jack Black didn’t just catch the rodents. They also kept them alive to be sold to “ratters”, who would throw the rats into a pit and set a terrier loose inside of it. The pit would be surrounded by men who would bet on how long it would take for the dog to kill them all. 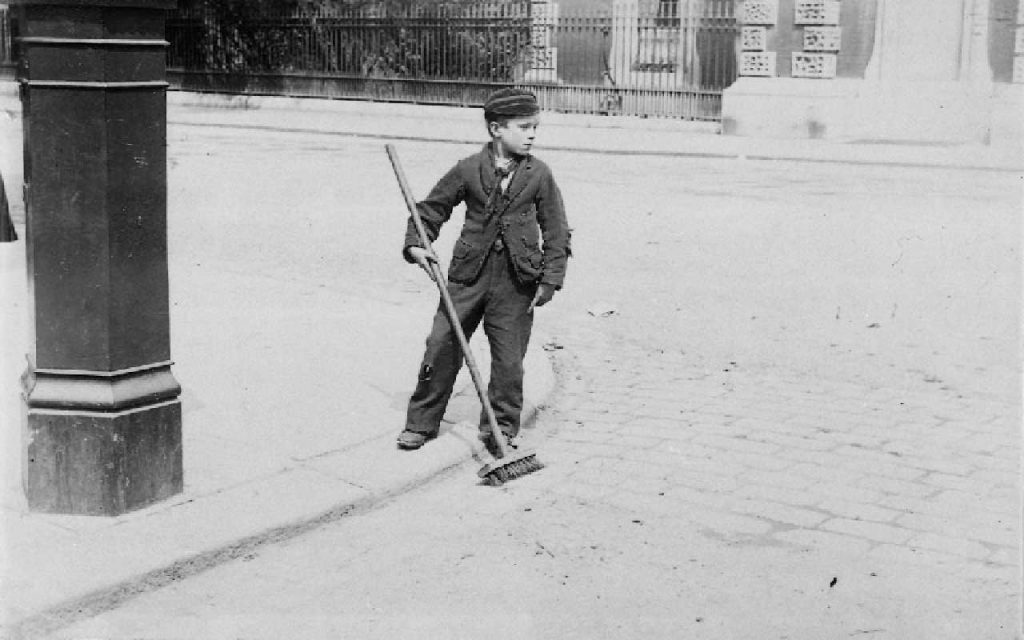 In Victorian England, crossing sweepers/cleaners tidied up public crossings in the hopes of receiving a tip from the wealthy. Although this job might seem easy, it wasn’t as easy as it looks. This was an era before roads had proper lanes and horse carriages were still being used. Most people travelled by road, either on horseback, in horse-drawn vehicles or on foot.

Children often took the job of being a crossing cleaner and when a rich man or woman wished to exit their carriage and walk across the street, the cleaner would walk in front of them and clear the filth from the streets. This was to ensure that the wealthy men and women’s clothes or shoes always stayed clean. For their service, these children were only tipped whatever the wealthy thought was generous enough. Crossing sweepers were considered only to be just one level higher than beggars. 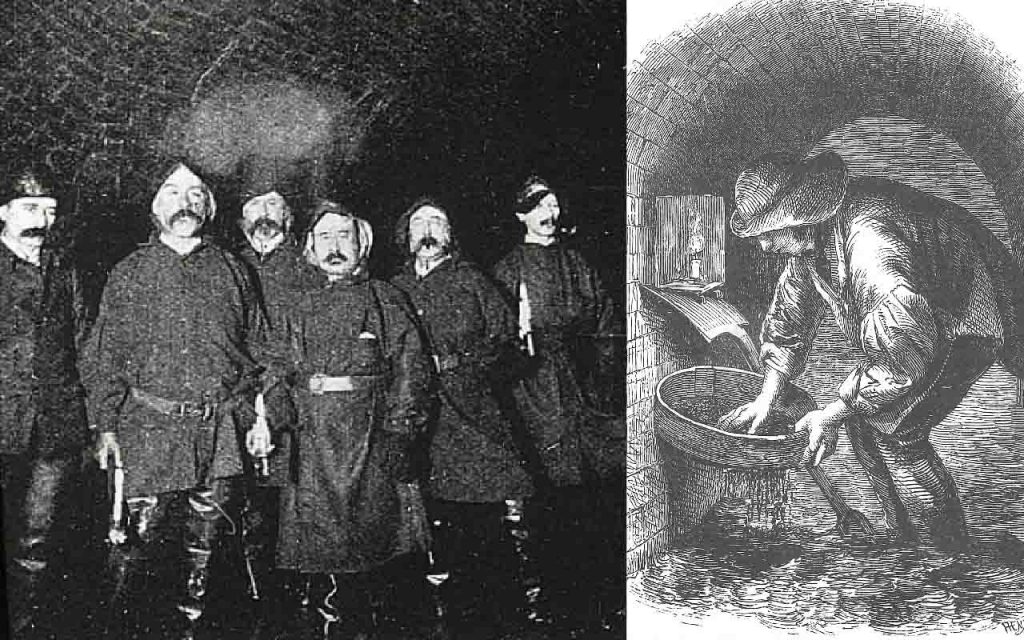 Toshers or sewer hunters were mainly working class men who worked the sewers to find anything of value in Victorian London. The 19th century was proving hard for families and in order to escape poverty, men took to the large network of over-worked sewers under the city. Toshers would make their way through the dark tunnels, sifting through human excrements and waste.

These men worked through hazardous conditions, since the tunnels often collapsed and sliding gates that controlled the flow of sewage opened at unpredictable times; which would wash them away. In order to prevent death inside the tunnels, toshers worked in groups and wore aprons with many large pockets and a lantern strapped to their chest.

By 1840, many had died in search of coins, silver spoons and anything of value in the sewage, so authorities decided to make it illegal for people to enter sewers without permission. This, however, did not stop the men from getting into the sewers to collect the riches. They wore dark canvas trousers and went into the sewers at midnight or early morning to avoid detection. The main object used in this vital jon was a hoe attached to a long pole. The hoe was used to check for valuables in human excrements, without having to use their hands. It also allowed the men enough time to pull themselves away from the water when the sewer gates opened. 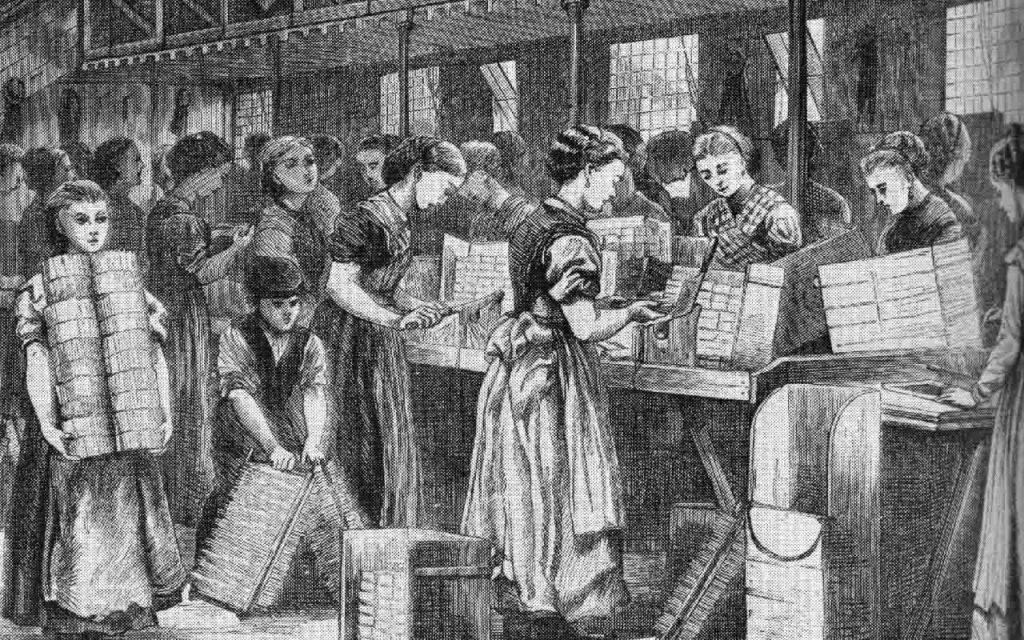 Believe it or not, matchsticks once sickened and deformed women and children. Considered as one of the most hazardous jobs ever in history, matchstick making was incredibly popular in 19th century England. The country gained a reputation for making matchsticks, paving the way for hundreds of companies to span across England. Women and children were employed to work 12 to 16 hours a day. Their main objective was to dip treated wood into a phosphorus concoction, dry them and then cut them into sticks to create matches.

Half of the employees in these factories were children under the age of 13, since the job didn’t pay much. Women and children were exposed to poisonous gases from being confined in a small and dark room, thus developing tuberculosis, rickets and phossy jaw. Employees were not given lunch breaks and were forced to eat at their workstation, causing phosphor to mix with their food. When workers went home, their clothes literally glowed in the dark. 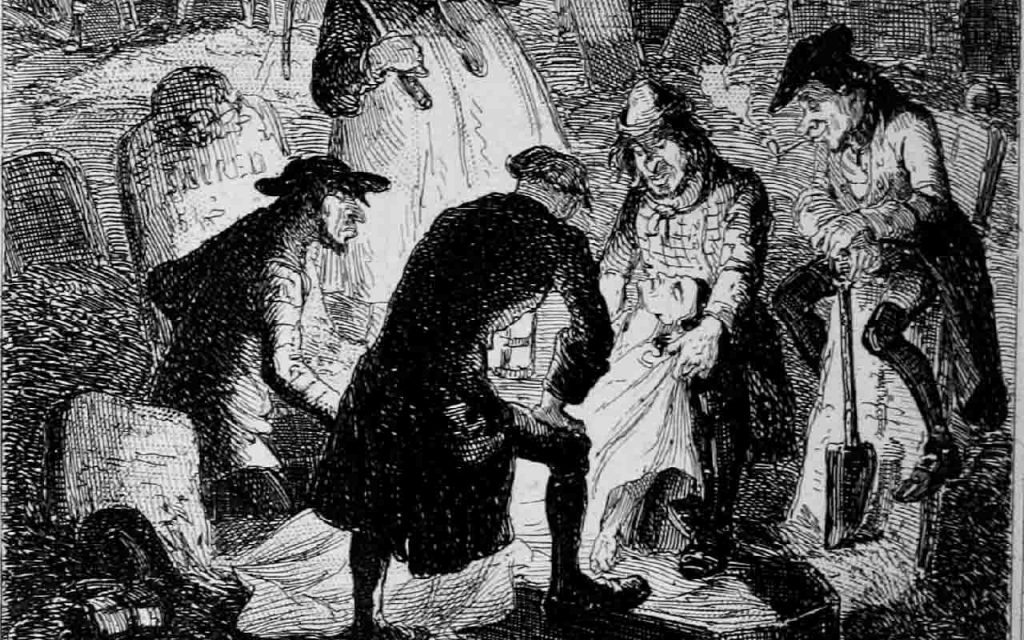 A resurrectionist isn’t quite what you would think. With the expansion of medical schools in Victorian times, medical students needed a supply of cadavers on which to learn. Medical schools only allowed corpses of executed criminals to be used for anatomical studies. Unfortunately for them, crimes which were punishable by death began decreasing during the era. Demand was outstripping supply and so, men who called themselves the body snatchers or resurrectionists came into play. These men would dig up freshly buried bodies and sell them to medical schools for a large profit. The fresher the body, the better the money.

The practice of stealing dead bodies became so common that family members had to watch over their loved ones bodies for weeks to chase these men away. Although many of the men who took this job did it to keep their families from starving, in 1827-1828, two men named Burke and Hare began murdering people in order to supply fresh corpses to doctors.

Child labor wasn’t outlawed in the U.S. until 1938, when the Fair Labor Standards Act was passed. During the early Industrial Revolution, textile business was booming and the machines used in the industries, commonly referred to as mules, needed to be cleaned and cleared often. Stopping the machines to clean was a revenue loss for manufacturers, so, they found a way to increase revenue by exploiting children.

Their small stature and quick legs were utilized to get under the machines’ cramped crawl spaces to clean. The kids who worked in these factories risked their lives since they were cleaning while moving machinery was just inches above their heads. 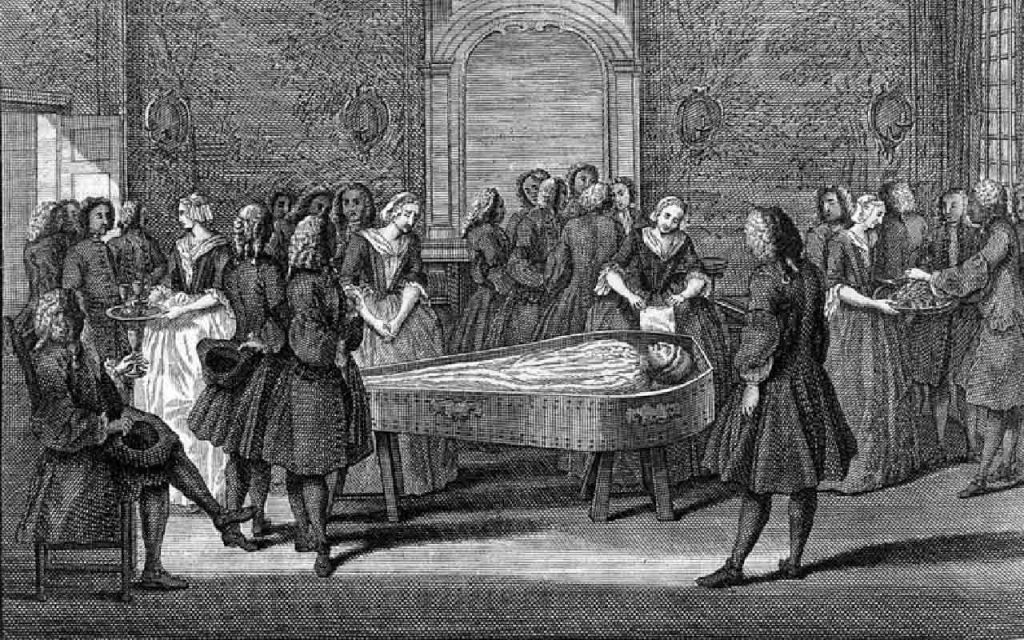 If you are ok being hated by an entire town, made an outcast and doomed to eternal torment, then this is the right job for you. When a loved one passed away without confessing all of their sins, a sin-eater was hired. These folks would stand over the unfortunate sinner and munch on a piece of bread or gulp down beverages. Why? During the Victorian era, it was believed that the departed’s sins would then pass into the sin eater’s soul.

Most of the sin eaters were either poor or homeless people so they usually took the sins for a free meal or a few coins. Being a sin eater meant that the person would be considered an outcast and a social pariah, since the belief was that the more sins they ate, the more evil they became. The practice was most common in England in the mid-19th century and believed to be have existed until 1906. According to the BBC, the last sin eater died in 1906, carrying his sins and the practice to the grave with him. 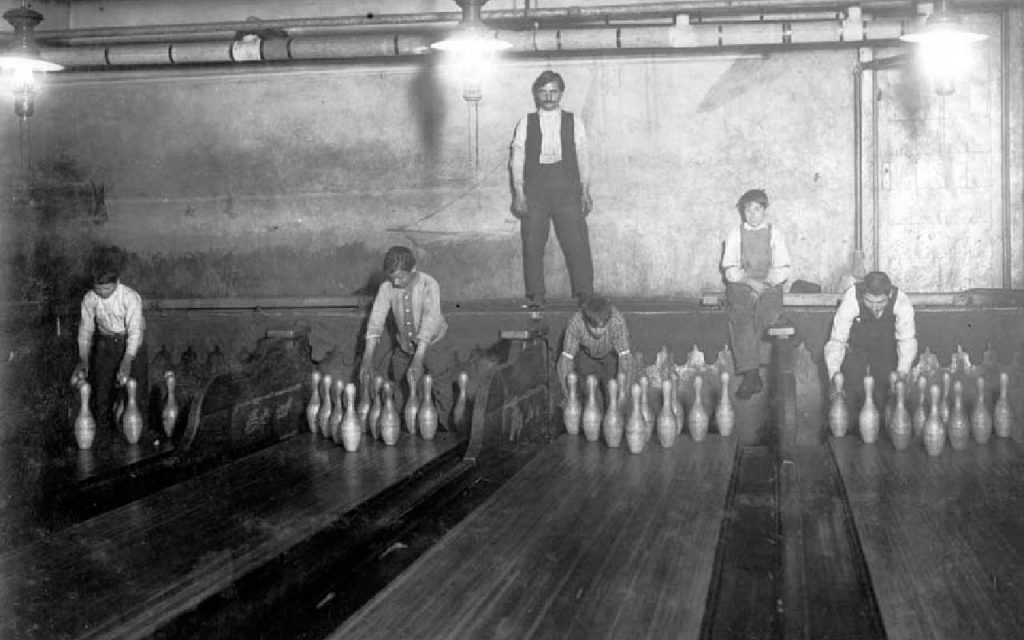 Bowling is a famous sport loved by everyone, except for those who worked as pin setters in the olden days. Today, we have automated systems that set the pins back to its original position, but nothing was automated back then. Pin setters were paid very little, so most of the jobs were taken by children who stood behind the pins and adjusted them. Aside from that, they also had to worry about the heavy ball flying towards them. According to CBC Kids, drunk bowlers found it amusing to aim at the kids for entertainment. 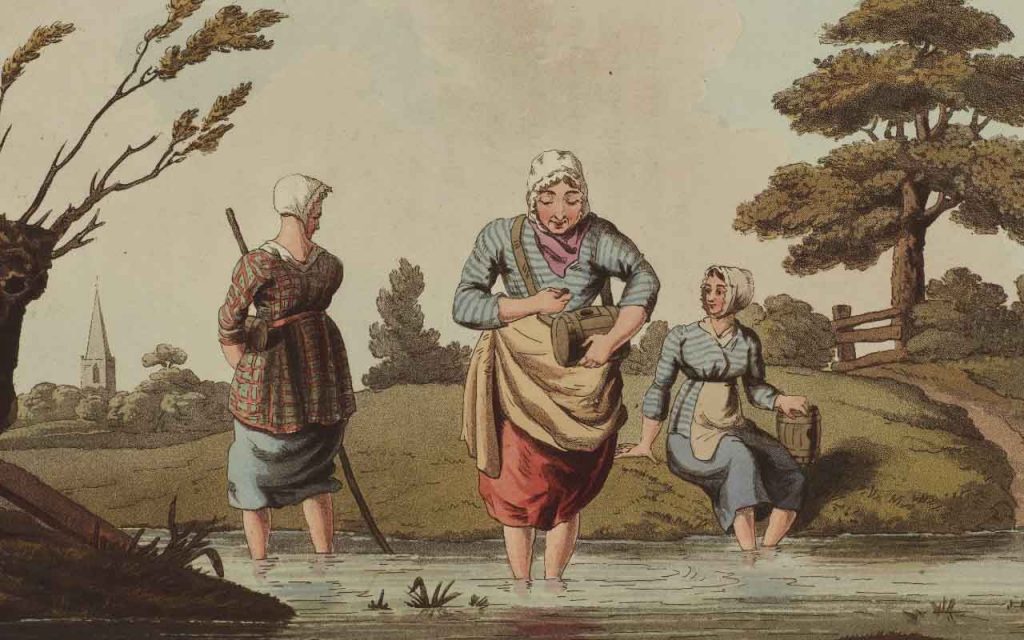 Until the 19th century, leeches were once a useful commodity, as both doctors and locals treated anything and everything with leeches. Leech saliva does have anesthetic, vasodilatory, and anti-inflammatory properties but the blood-sucking creatures were used for treating a number of ailments; ranging from headaches to “hysteria.”

Leech gatherers or collectors would walk into marches as human traps to attract a host of leeches. After spending a while in the dirty ponds, these leech gatherers would hop out of the water with legs full of thick, lucrative leeches, in which they would then take back to town and sell to the local doctor. The job usually fell to poor country women. Leeches can survive up to a year with no food, so the business was great for housewives. According to Ripley’s Believe It or Not!, the leech has to suck their blood for at least twenty minutes in order to make them easier to dislodge. By the 20th century, the medicinal leech was declared extinct in Britain.

Sure, our jobs may stink but do you think they are as bad as these? If you are aware of jobs that are worse, let us know through the comments section. Don’t forget to SHARE this article with your friends!